From Eco-Business – our official media partner – writer Hannah Fernandez explores five ways that the fourth installment of Wonderfruit raised the bar for sustainability. She writes:

Wonderfruit set the bar high with sustainability objectives like the use of cryptocurrency and biodegradable tableware. But did it meet its targets?

Thailand’s pioneering art, music, and lifestyle festival, Wonderfruit has always tried to show that living sustainably can be creative, colorful and fun. As festival founder and creative director Pranitan ‘Pete’ Phornprapha puts it, Wonderfruit is “more than a festival”. Rather, it is a platform to spread awareness about tangible solutions for sustainable living, and make a meaningful positive impact on society, he says.

Sustainability advocacy efforts at the four-day festival, which was founded in 2014, comprise a variety of experiences spanning across six unique pillars. They are: music, art, family, talks and workshops, wellness, and farm fresh food.

In its fourth installment last December, the festival set new standards of environmental and social consciousness that took sustainability a notch higher, and had a positive impact far beyond the festival grounds.

Here’s a look at five ways that Wonderfruit raised the bar for sustainability.

1. Pushing the limits with cryptocurrency 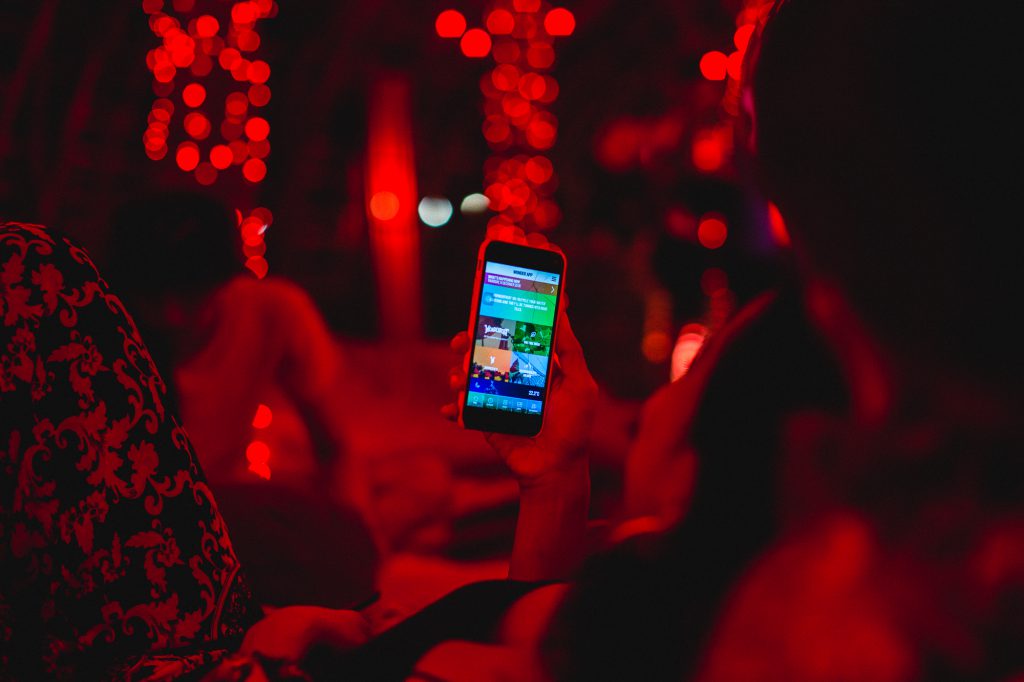 For the first time last December, Wonderfruit paid some of its suppliers in TREE coins.

In previous years, Wonderfruit combined fun and reforestation through special beverages known as “mangrove drinks”, where the sale of each drink would result in one tree being planted in Myanmar’s Thor Heyerdahl Climate Park, which has lost 75 percent of its mangroves due to rampant deforestation. Each mangrove tree will sequester up to a tonne of carbon dioxide over 20 years, and they also have multiple positive impacts on the local communities and biodiversity, according to festival organisers.

In its latest edition, the festival pushed its support for mangrove conservation further with the introduction of a cryptocurrency called TREE coins, which promote the protection of mangrove forests in Myanmar.

Cyptocurrency uses encryption techniques to regulate and verify fund transfers, rather than doing this through a central bank or digital token.

Each TREE coin equates to just over US$1 on a trading platform called Lykke Exchange, and their value is expected to increase further. They can be sold at any time.

At last year’s Wonderfruit, organisers gave artists and suppliers the option of receiving payment in TREE coins, with environmentalists from Rainforest Pavillion and food suppliers from the group of restaurants from Straight Outta Thonglor availing of the option. 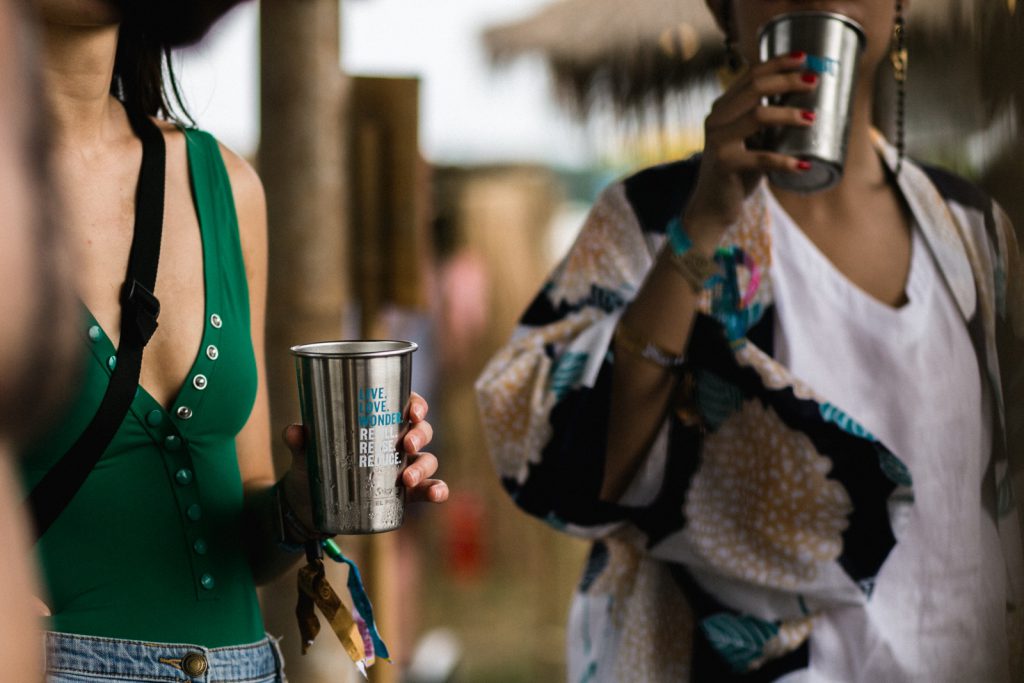 As in past festivals, one drink sold contributes to one tree planted in Myanmar.

For now, other artists are sticking to the cash option. But as cryptocurrency gains awareness and traction in the mainstream business community, Phornprapha notes that awareness about these tokens has room to grow, and that Wonderfruit will continue to use this currency to raise awareness on natural capital. “We have a roadmap set out, and I can say we are on plan”, Phornprapha tells Eco-Business. “We took some adventurous initiatives, and felt people responded to them well. As with many things, we learn a lot along the way.” Not only did mangrove drinks allow participants to experience using cryptocurrency, the initiative also helped Wonderfruit organisers achieve their environmental goal to be climate positive. Supported by sales of the special drinks, Wonderfruit invested in 10,000 new trees to ensure the festival was carbon positive—that is, it helped lock away more carbon than it emitted.

“We took some adventurous initiatives, and felt people responded to them well. As with many things, we learn a lot along the way.”– Pranitan “Pete” Phornprapha, founder and creative director, Wonderfruit 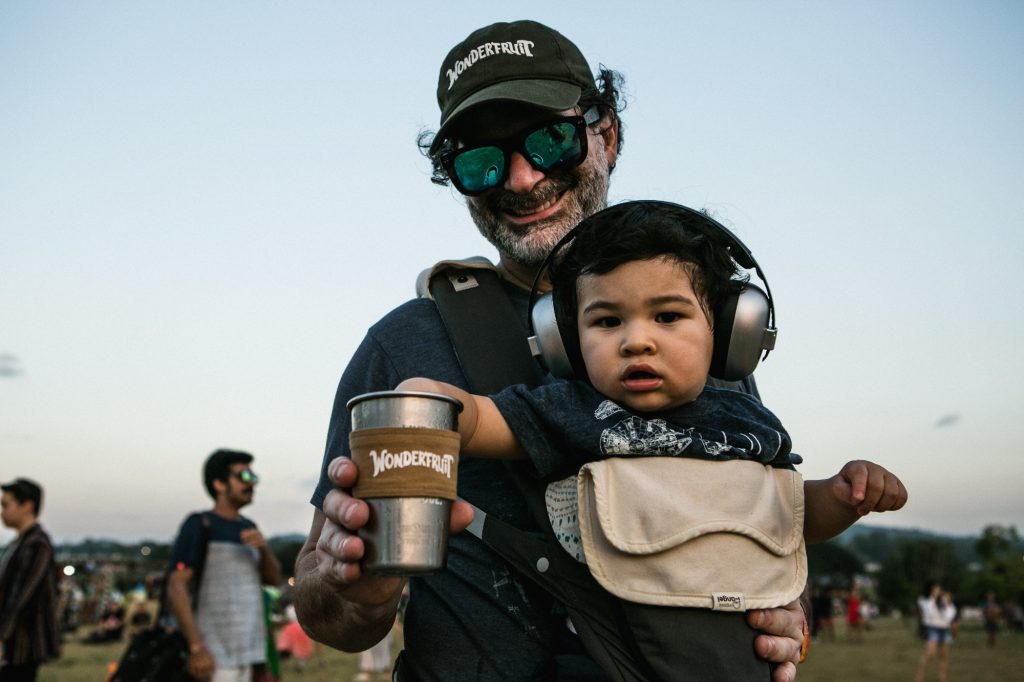 A reveller holds up a Wonderfruit stainless steel cup, in support of the festival’s no-plastic rule.

Another sustainability issue the festival set out to tackle was plastic waste. It did so by banning the use of single-use plastic during the four-day event.

Partnering with US-based non-government organisation Plastic Pollution Coalition (PPC), organisers worked to reduce the festival’s plastic consumption by asking participants to bring their own bamboo or steel bottles for their drinks. Wonderfuit also sold its own limited edition stainless steel cups which festivalgoers could use to access cheaper refills and shorter queues for drinks. Vendors were also required to serve food in compostable tableware like biodegradable areca nut palm leaf plates. 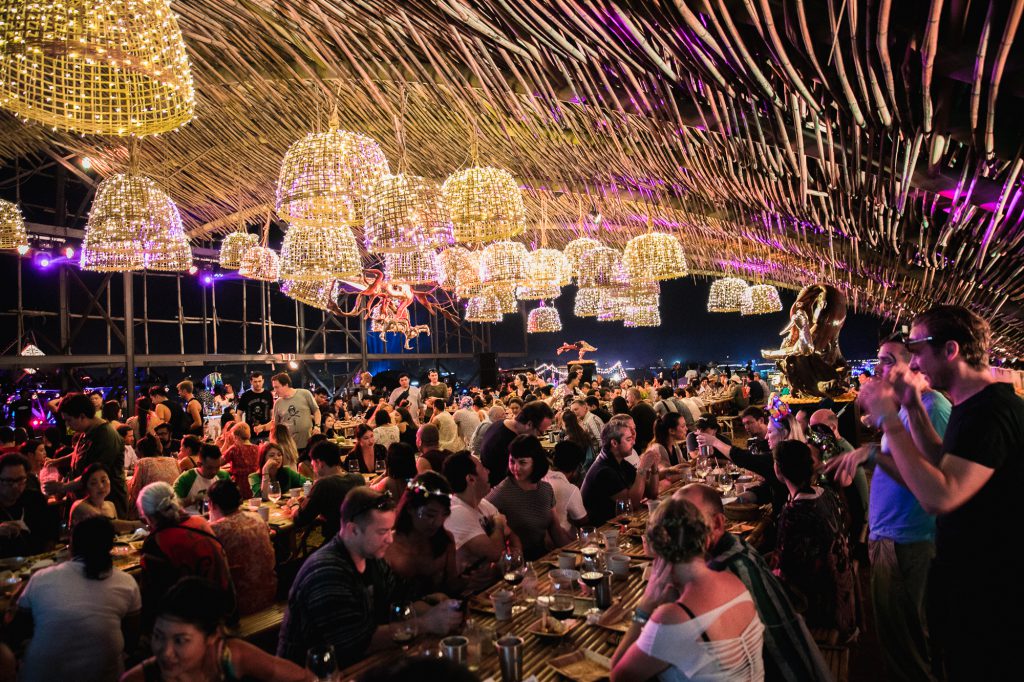 Festivalgoers are treated to healthy farm fresh food in biodegradable plates and tableware.

All drink cups at the festival were made from bagasse, a fiber that is a byproduct of crushing sugarcane stalks to extract their juice. Unlike the previous year where cups were made from Bio Mat, which is biodegradable but still takes time to break down, bagasse requires minimal processing and can be turned into a woven high-strength paper that is both biodegradable and compostable. 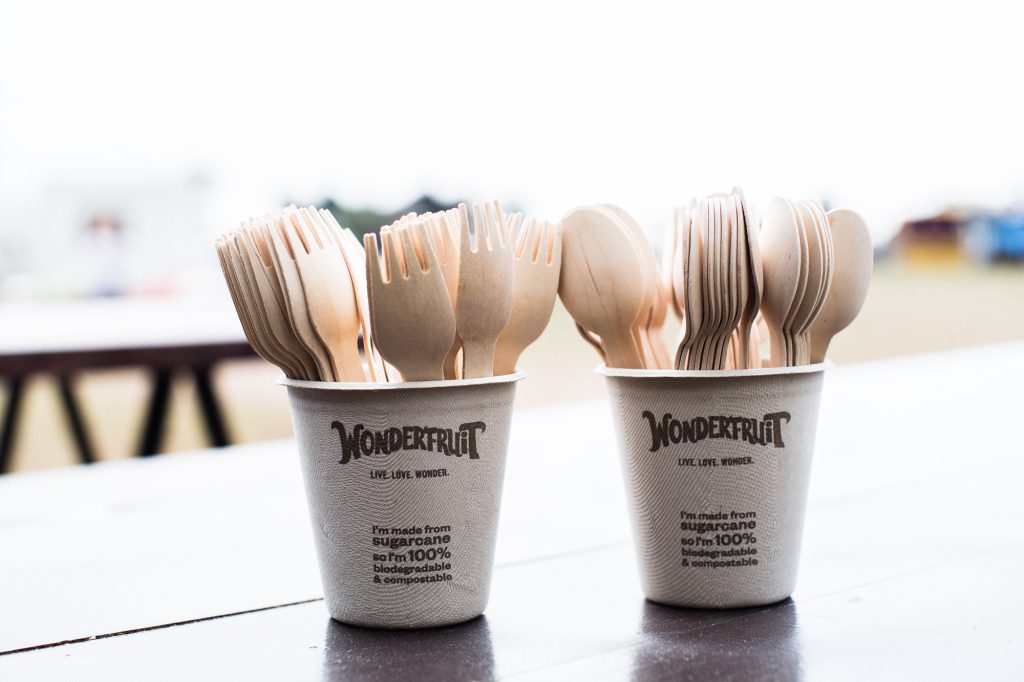 Cups and utensils made from bagasse.

The festival’s no-plastic advocacy also extended to its Scratch Talks, a series of talks by speakers who promote sustainability and raise awareness of environmental issues, which was moderated by Eco-Business managing editor Jessica Cheam. 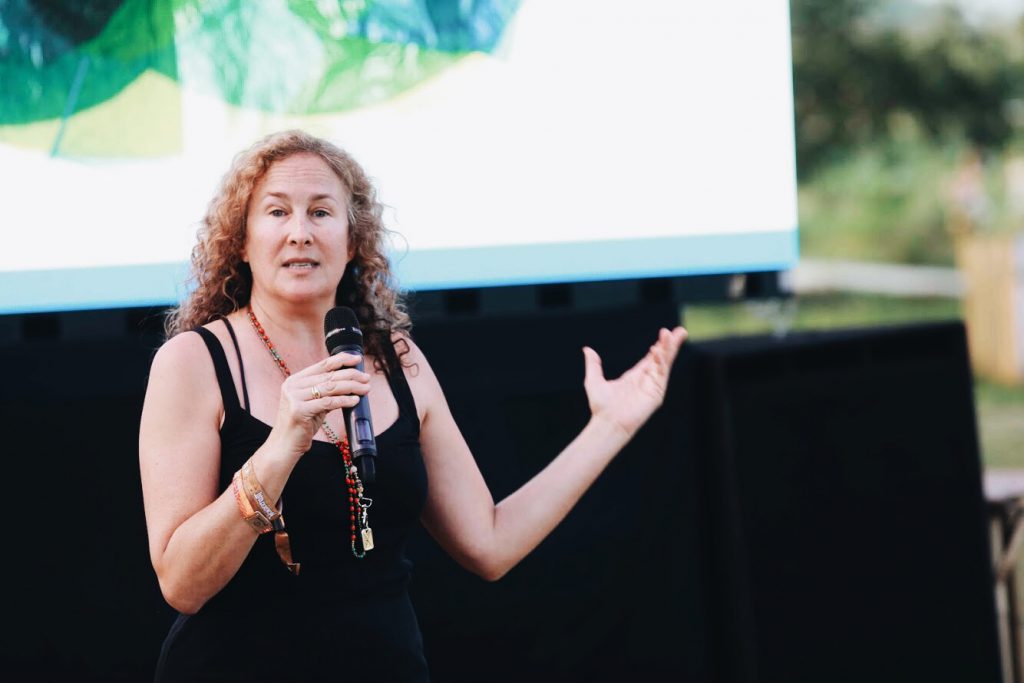 In one session, PPC’s chief executive and co-founder Dianna Cohen spoke about not just reducing, reusing and recycling, but also refusing the use of single use plastic to cut marine debris. She pushed for use of alternatives like stainless steel bottles and glass containers, as she emphasised the health impacts of prolonged plastic use. These range from lower IQs and attention deficit disorder to lower sexual drive as well as breast, brain and prostate cancer. 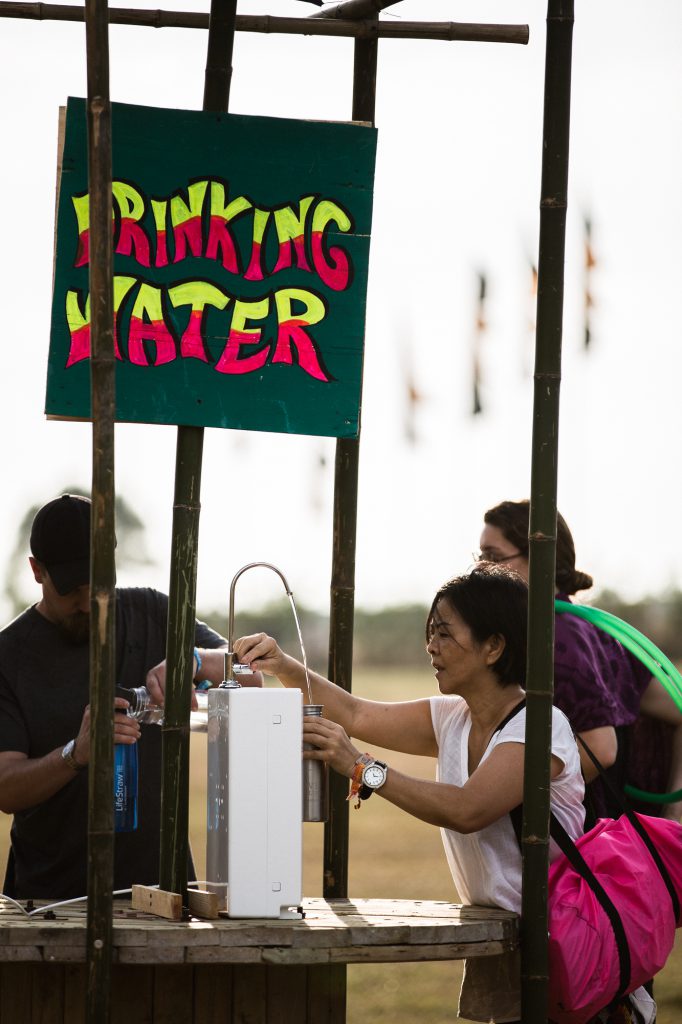 As Wonderfruit strives to be plastic-free, bringing plastic bottles are not encouraged. Participants are asked to bring flasks or refill cups to top up at the drinking-water stations around site.

In a bid to further reduce waste at the festival, Wonderfuit asked revelers to drop off their empty cans or bottles at a vending machine by the event’s main entrance. For every three bottles or cans collected, a tree would be planted.

As a result of this, organisers were able to collect enough bottles and cans to plant 3,500 trees in mangrove forests in Chonburi province in Thailand, a task they completed this month. 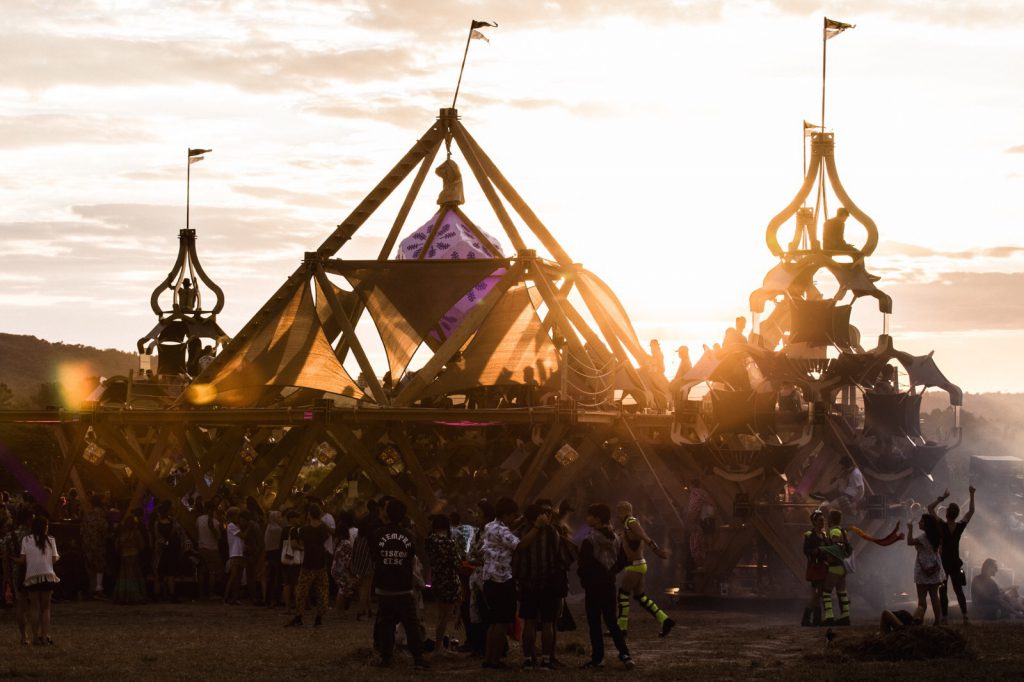 Wonderfruit’s set-up at the fields of Pattaya has been widely lauded for building stages using sustainable materials, and using cuttin edge design techniques that eliminate the need for nuts and bolts.

For instance, the festival’s focal point, the Solar Stage got a makeover last year and was built almost exclusively from slotted plywood while the Living Stage hosted performances by Wild Beasts, Yeasayer and Chronixx on its environmentally friendly bamboo stage. 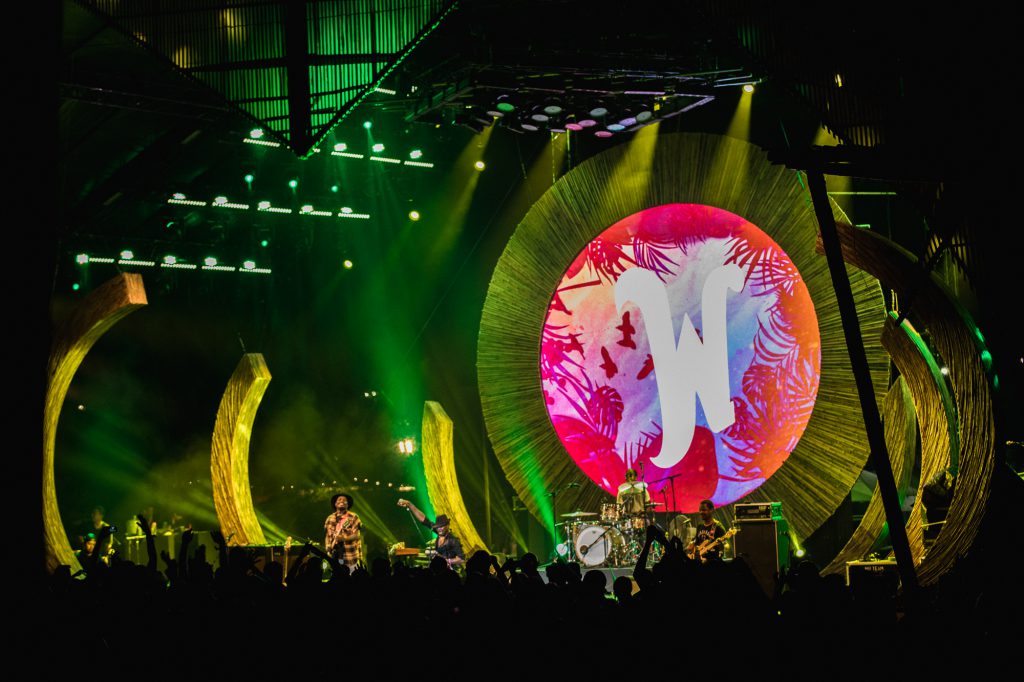 Another iconic stage to get a makeover last December was The Farm Stage. It was redesigned with colored fabrics entitled ‘Marmalade Sky’ and was used as a venue to host a series of Scratch Talks and specially curated film screenings. 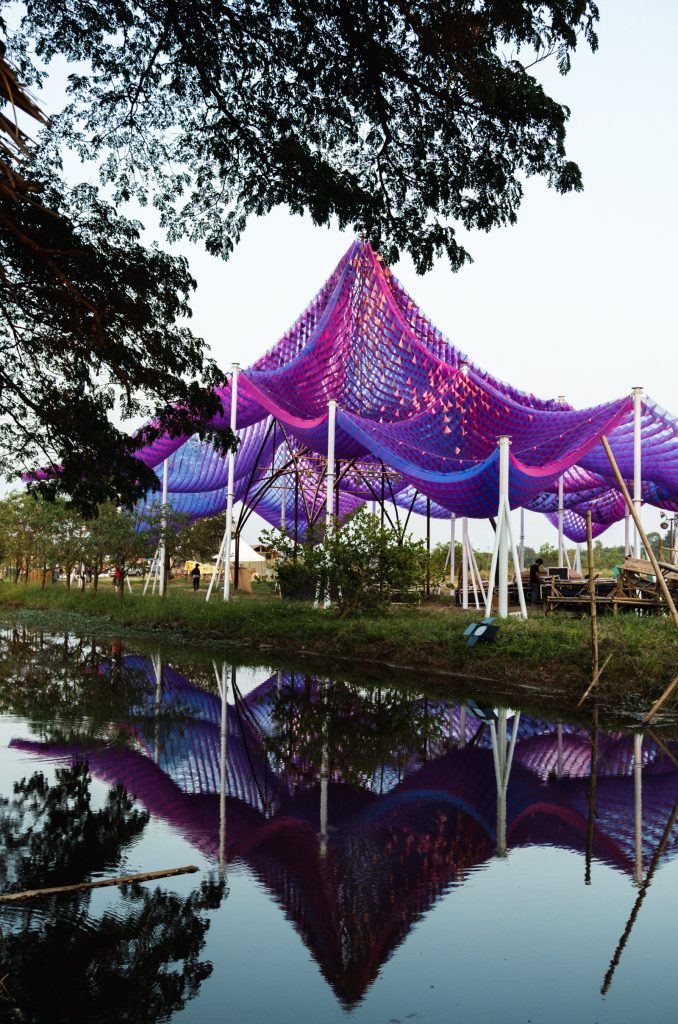 A stage that also showcased Wonderfruit’s sustainability commitments was The Quarry. Cassava plants lined the edges of this stage, giving an island-like feel to the beats from DJs Craig Richards, Matt Sassari, Gui Boratto and Richie Hawtin.

The festival also added a creative twist when the Rainforest Pavilion provided a space for performances and special events, like the Save Our Sound Project hosted by environmental organisation Greenpeace Southeast Asia, where environmental workshops were held amidst the sounds of the Papuan rainforest. A mobile cart with the bird sounds was used in the venue by Greenpeace to remind participants about the importance of preserving the fragile rainforest environment. 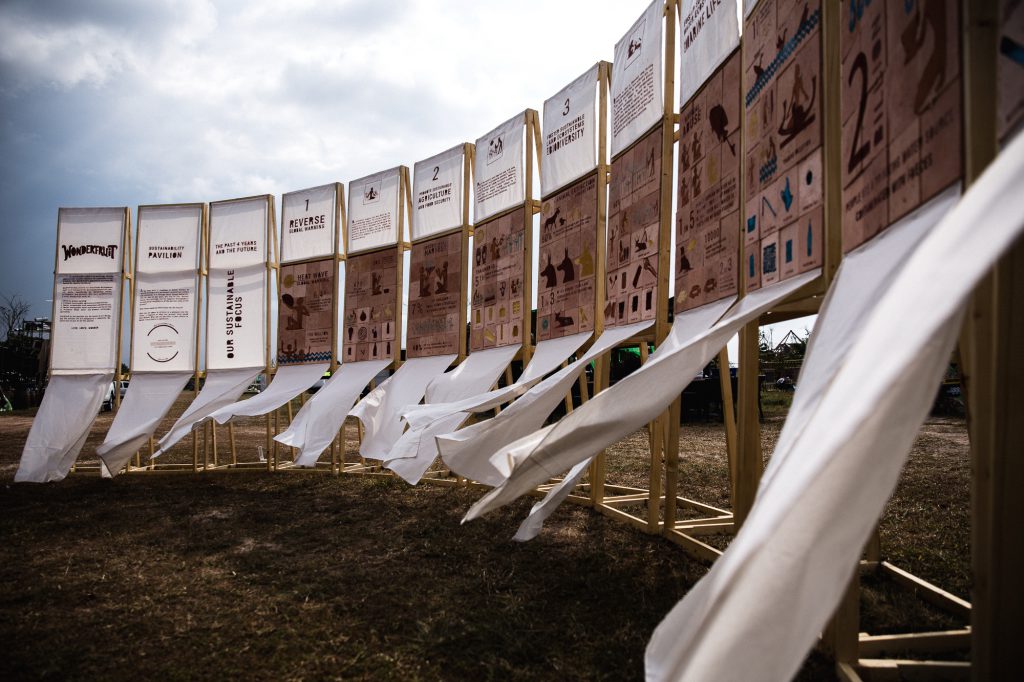 Another addition to the festival was an interactive installation called the Sustainability Pavilion, where the mission of the festival was explained and participants were given a chance to make their own pledges on promise stones for a positive impact on the environment.

Phornprapha has high hopes for the next edition in December as he promises more terrain and more natural landscape in the upcoming festival.But for now, he wants to focus on more ways he and his team can push the festival to be even more sustainable as Wonderfruit’s roadmap is “long and ambitious”.

“Wonderfruit has been all about showing that living sustainably can be easy, fun, and even decadent,” said Phornaphra. “But this time we made a huge step forward as we brought together thousands of likeminded people from four continents to explore, enjoy, and make positive change.”

Wonderfruit 2018 will be held from 13 to 16 December. Stay up to date by signing up for its newsletter via the website.

Check out the original article, here on Eco-Business.