For 99 hours a year, The Fields don’t sleep. From the families that are first through the gate at 8am every day to the creatures of the night that are last out of the gate at 8am every day, there is an endless cycle of life roving through the grounds for just over four days. For the other 361 days of the year, life at Wonderfruit goes on but the atmosphere is a little different. There are farmers, there are workers, and there are planners looking to the year ahead. But the real inhabitants of The Fields are the creatures that have taken up residence there and are working alongside the rest of the team in moving towards our end goal of welcoming people year-round to explore food, art, installations and horticulture. The rest of us? We’re just guests.

Meet the real creatures of Wonderfruit: 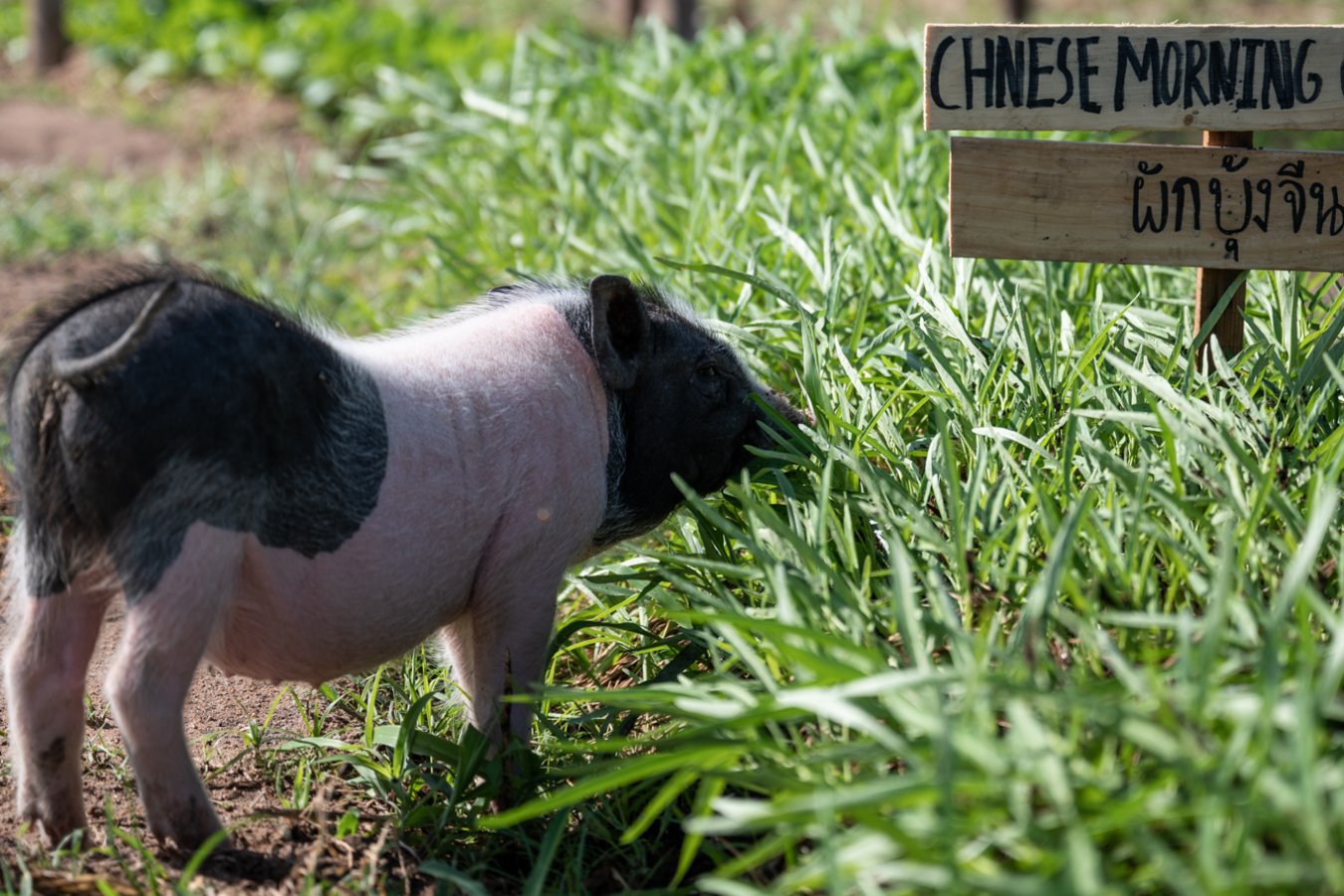 Maggie joined the team in 2021 when she was two months old. She traveled by bus alone from Isaan, showing off her strength and independence from the get-go. She naturally fell into her role as Head of Composting, eating any food scraps that were thrown her way. Her diet is entirely organic, nothing industrial, and she ensures that no food from the site during the regular year is wasted—she eats it all. Like most Thais, her favourite food is morning glory. In fact, she likes it so much that she doesn’t leave any for anyone else. She’s also made a meal out of things like measuring tapes and water pipes but stays clear of herbs like peppermint and basil, which are also grown in The Fields. Today, Maggie lives with the chickens and the ducks, watching over them like a big sister. Those closest to her call her Maggie Moo, meaning pork in Thai, and say that she is naughty and mischievous. But like most youths (she’s not even a year old yet), Maggie is highly outgoing and enjoys meeting new people. Look out for Maggie at Camp Wonder this year.

The Insect Hotel, a home-away-from-home for jet set insects 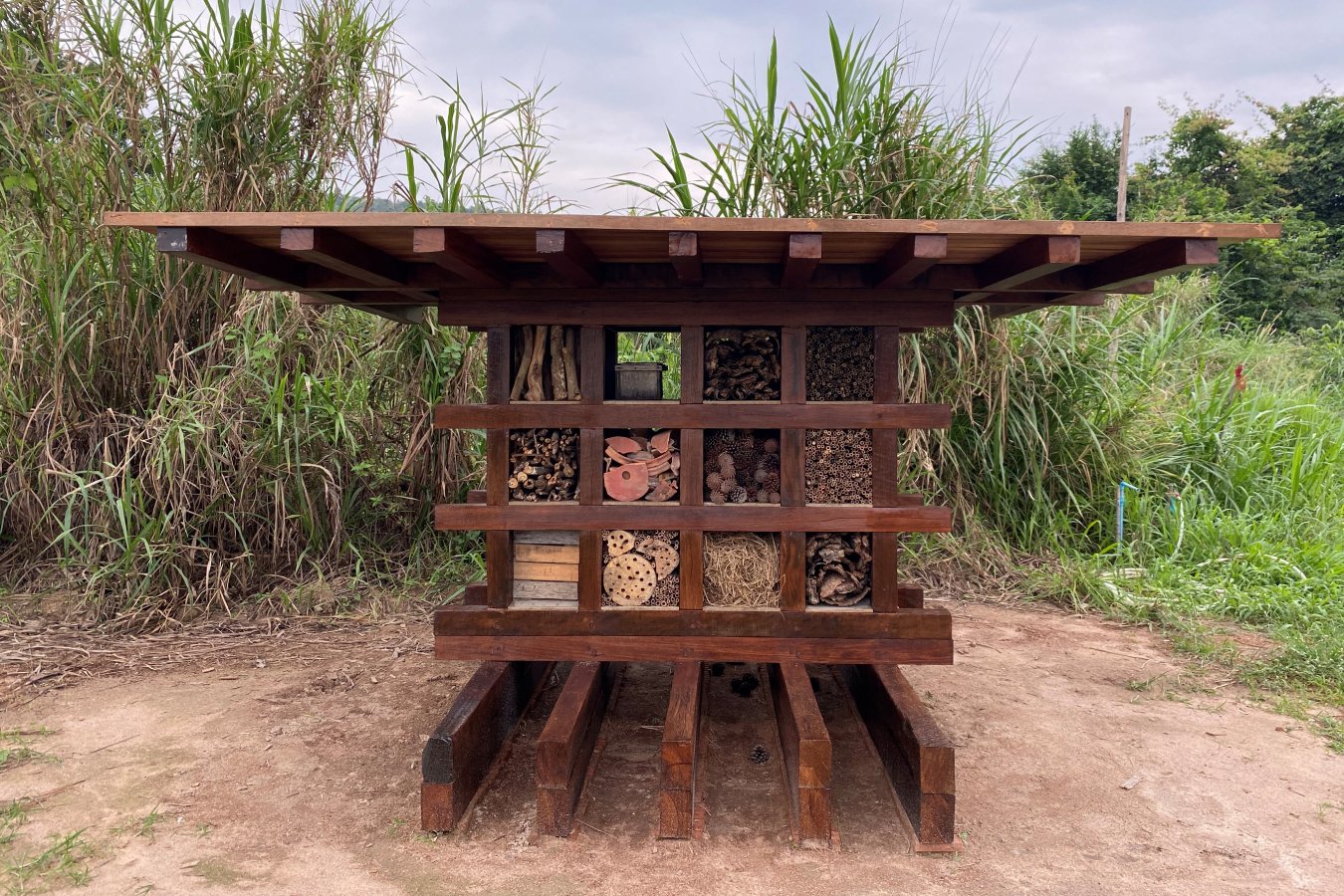 Just like humans, insects need a place to crash when traveling from one destination to the next—and the Insect Hotel offers them just that. Designed by Boonserm Premthada and built from reclaimed wood found close to The Fields using traditional craftsmanship techniques, the Insect Hotel encourages insect pollination and hopes to become a nesting site for insects like the dragonfly, stingless bee, earwig, solitary bees and so on. By offering insects free accommodation near to The Fields, we hope to prevent them from sneaking into Wonderfruit and bothering our guests. Similar hotels have also been purpose-built for use as a natural insect repellent; instead of using pesticides with chemicals, a hotel keeps unwanted critters away from nearby crops. Come for a night, or stay for a season: all bugs are welcome at the Insect Hotel.

The chickens (and their eggs) 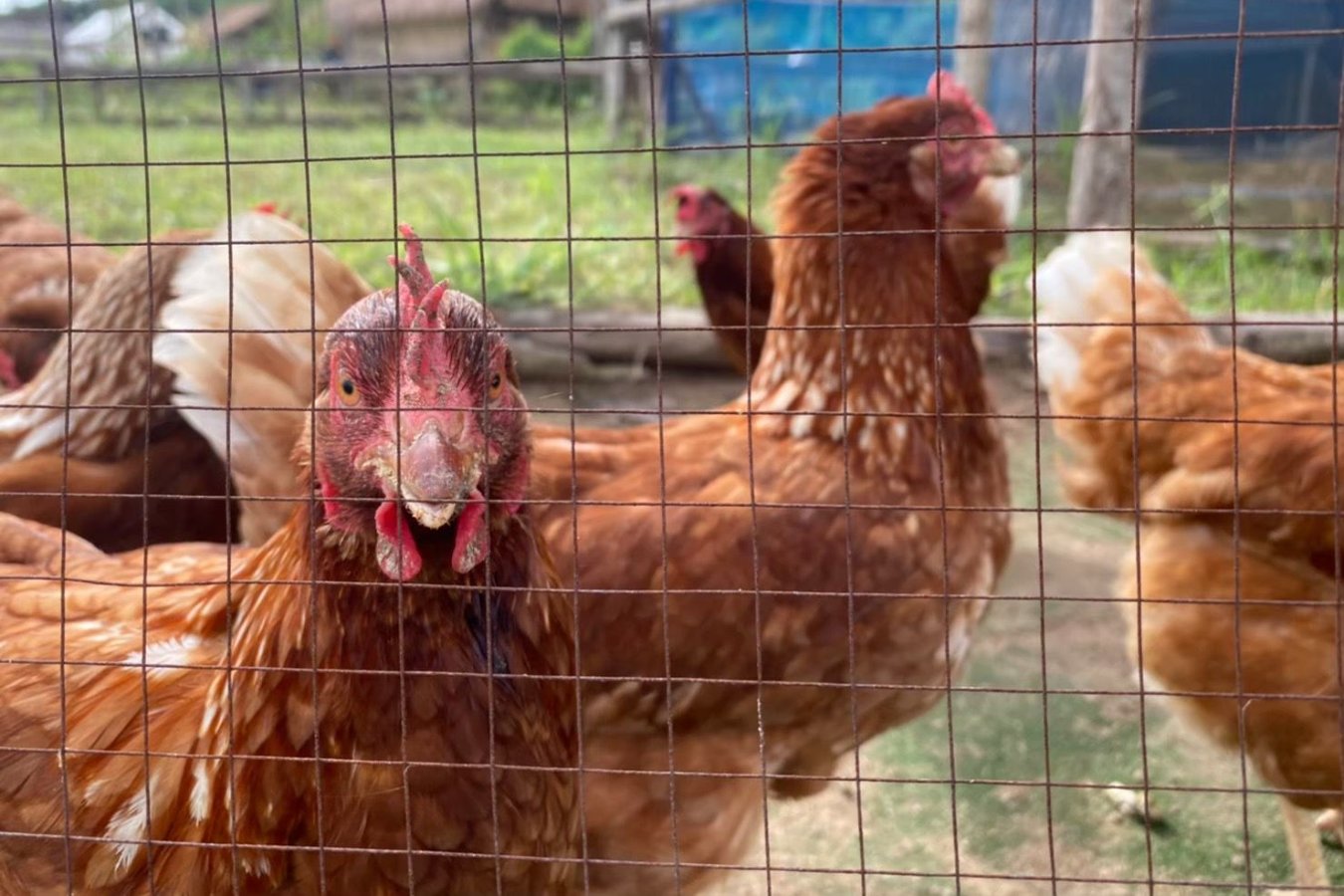 Why did the chicken cross the road? To get to Wonderfruit, of course. Two kinds of chickens arrived in The Fields in 2020 in time for Moobaan Wonder. The first are chickens that lay eggs, and the eggs they produce sustain the workers and the farmers who live in The Fields year-round. Thanks to their organic diet, which consists of mostly vegetables, leftovers, and sticky rice—lots of sticky rice—their eggs are said be the best. Just ask anyone who’s tried one. The chickens, who live in a coup with the ducks, are separated from the coqs, who spend their days nearer to the workers and are more fierce than their egg-laying counterparts. Today there are around 20 chickens at the site, and their favourite activity is playing dead. Catch them all at the Wonder Farm and Camp Wonder this year.

The ducks (and their routines)

If you think you have fun at Wonderfruit, imagine being a duck. The five ducks who dwell in The Fields alongside the egg-laying chickens live the good life. Their home is made of reclaimed wood from the former Bangkok Tobacco Factory, and although they have a small pond in their coup, they prefer the larger on-site lake. Twice a day, they line up for their daily adventure: in the morning, they head to the pond to bathe, and in the evening, it’s playtime. The ducks are big fans of all the natural mudslides that lead into the lake. Between trips to the pond, they spend their time indoors or following their leader around. Their leader? Maggie Moo, who assumes the role of mafia leader when in front of her followers. Catch their shenanigans this year at Camp Wonder. 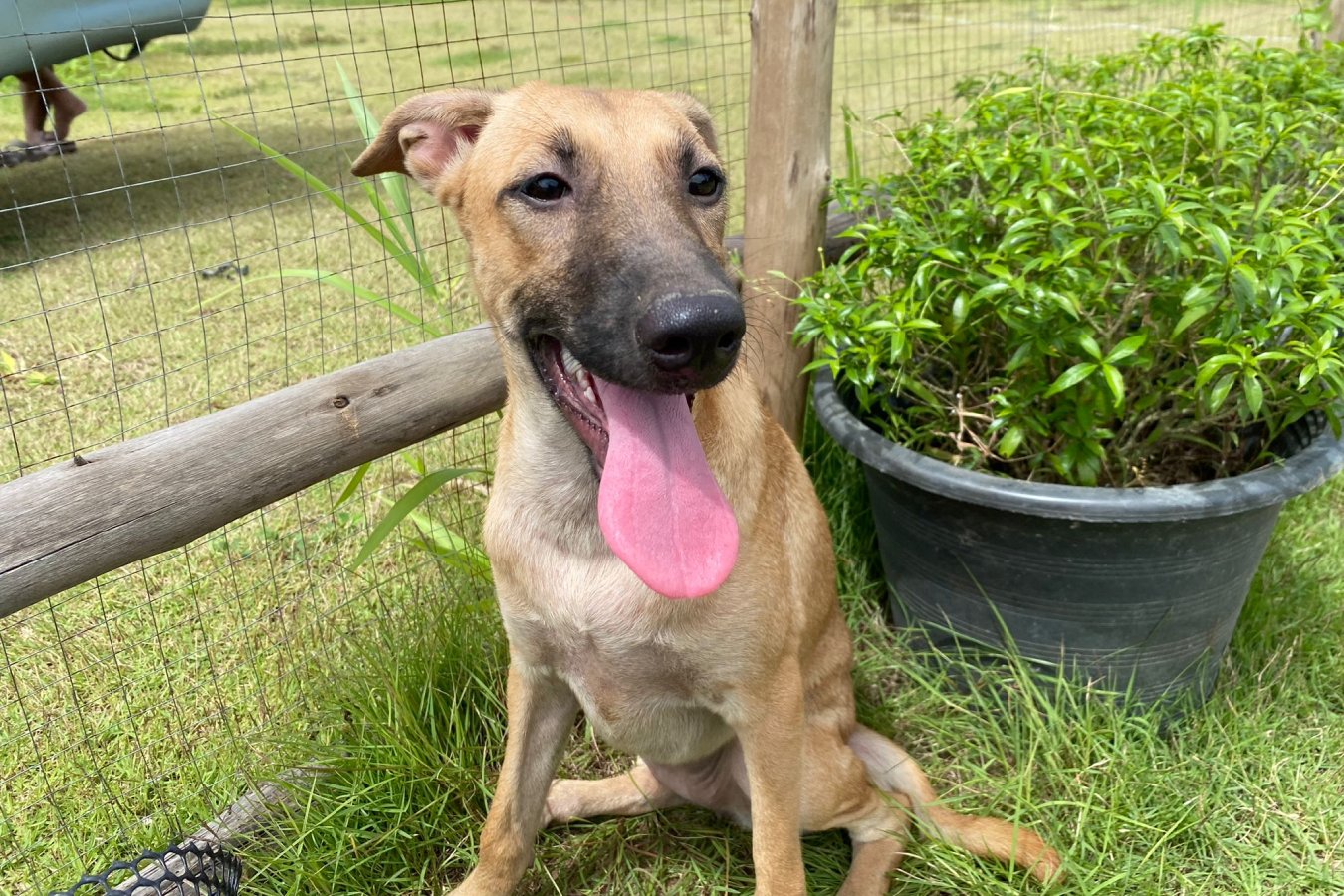 With so much happening in The Fields year-round, we needed to hire a security team. Dogs were obviously the best fit for the job. All of the dogs who have lived on site over the years were either abandoned, adopted, or born in The Fields. Dogs born on-site are called Wonderdogs, and most have been adopted by Wonderers who fell in love at first sight. Only Bingshu remains, which is Chinese for ice cream, and is a seventh-generation Wonderdog. He is joined in his role as Head of Security by Dum, a black dachshund that walked onto The Fields and never left. The latest additions to The Fields were adopted from Bangkok, and are named R2 and D2. You probably won’t see any of our pups roving around Wonderfruit, but if you want to bring your own dog, you can—just make sure to pick up a pup pass.