We’ve asked artists, designers, creators, and creatives to share images of objects that spark wonder—artworks, tools, heirlooms, and oddities that carry meaning and tell a story.⁠⁠ Individuals from all over the Wonderfruit universe have supplied storied items for our new feature: #ObjectsOfWonder.

This unusual clay figurine is the object of wonder selected by installation artist, designer, and architect Mariana de Delás: a siurell, native to her home of Mallorca.

“We had them in the house as children and I remember playing with them a lot. Each siurell had a different whistle pitch and it was fun to try and do a song between a group of friends and family. 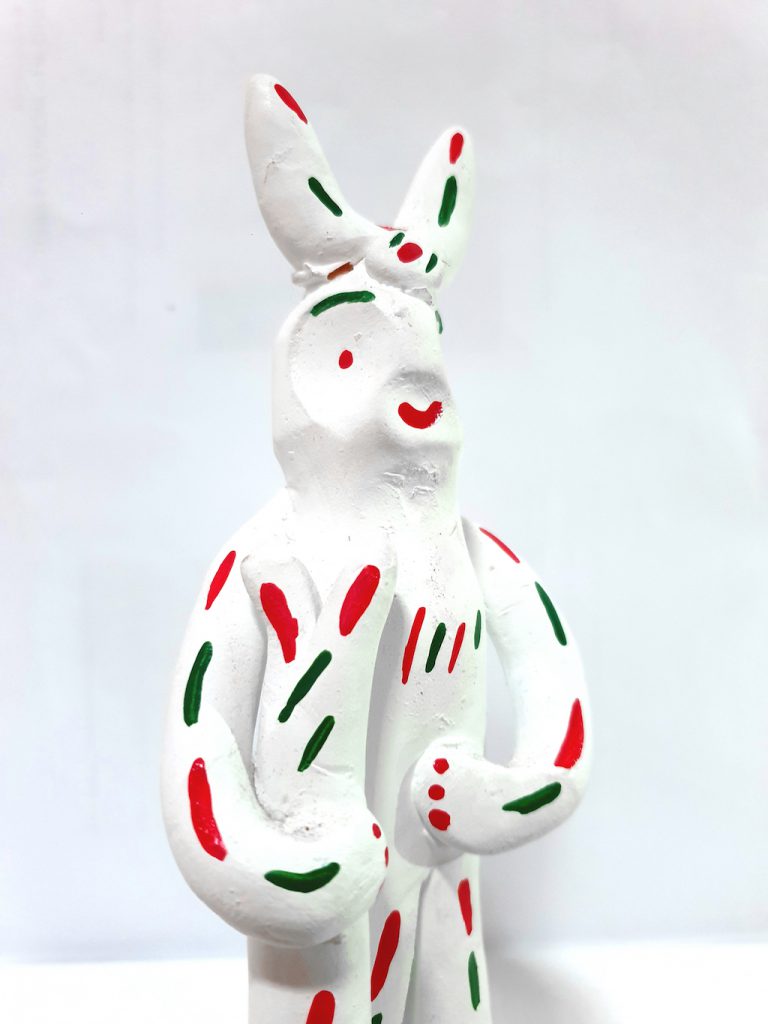 “I found a box of disused siurells in my house in Mallorca, and I have been putting them around different houses I live in as sort of totems. I think they have the perfect combination of being beautiful, fun and mystical. I also think it is an emblem to Mallorca so it’s nice to relate my object of wonder to the land I feel connected to.”

Siurells are a mystery. No one knows how long these figurine objects have existed, nor their meaning or origin. Traditionally, it is believed that the siurell is an evolution of a shepherd whistle transformed into a toy by the Phoenicians, but many also say it has other religious Connotations. The siurell is a Mallorcan clay figurine painted white with green and red brushstrokes, displayed on a pedestal at home as a sign of tradition and good luck charm. It is crafted by modeling the different parts of the figure, which are all affixed using a lighter mud called llamuga. After firing the clay, the siurell is introduced into a bath of lime and then painted with the traditional red and green splashes. On its side there is a whistle, from where the figurine gets its name. Traditionally siurells were made by the wives of potters—and they have since been created exclusively by women. The siurell is seen in many Mallorcan households, taking the image of shepherds, countryside workers, and the traditional Mallorcan devil.

Mariana de Delás founded a multidisciplinary studio in her own name to realise projects that have an idealistic, fun, and artistic approach to architecture. The studio focuses on sustainability in urban and rural environments, with the prime objective of linking nature and ecology by experimenting with new tools and technologies. In addition to architectural projects, the studio also develops installations, products, exhibitions, interiors, and small projects exploring the intersection between art and architecture.