#PlasticDreams is an incredible short film created by Nice Monster Animation Studio that illustrates the impact that plastic waste has had on our oceans by using upcycled materials to recreate an underwater world. In this Wonderpost, they elaborate on the making of the video and the message they’re trying to relay.

Conceptually, what is the idea or message that you are trying to relay through this short film?

The whole film acts as a metaphor for the plastic problem in our oceans.  We wanted to create an underwater journey made entirely from waste, starting in a dream-like world, we wanted to lead the viewer from fantasy into the stark realities we are facing.

Where was this idea first born?

When we heard the disturbing news of the whale found in Southern Thailand with 80 plastic bags intertwined in its intestines we were appalled.  We knew we wanted to create something that provokes awareness and touch people’s emotions. Inspiring creative solutions to the plastic problem is crucial if we are going to fix things for future generations.

The juxtaposition in this video between depicting a beautiful ocean but one that’s made of plastic is powerful. What are the emotions that you are looking to evoke specifically through the various elements in this video?

First up we wanted to intrigue people with the vibrancy in the imagery, when this fascination subsides we wanted the plastic elements to become more apparent.  Trusting the audience to translate the deeper theme engrained within the film. The main turning point emotionally is when the turtle leads us to the choking bird, after this point we wanted the visuals to be more disturbing, more saturated – replacing the magic with realism.

Can you give us an idea of what materials some of the individual puppets were made from and where they were sourced as well as how they were put together and animated?

We sourced all of our materials from our local neighborhood Suttihsan. We collected waste from the streets surrounding our studio. Local shops, friends and family all got on board to help us get enough material to make an underwater world.

Each puppet really had its own unique ingredients – the bird puppet, for example, is made from an umbrella we found, two bottles and some wrapping plastic form the body and straws for the legs.  All decorated beautifully by our crew with white plastic bags.

The seahorse was the most simple but really effective puppet.  It’s a toothbrush we cut up and drilled holes into. We then threaded string through the structure and had two puppeteers bring it to life. 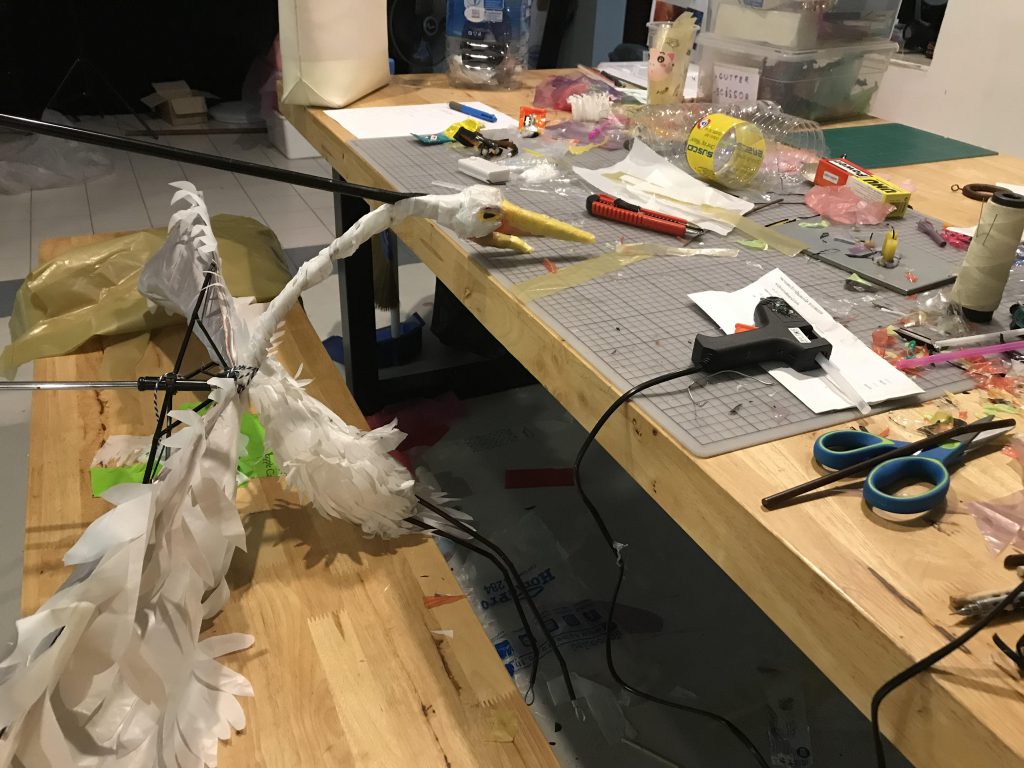 What was the biggest challenge or obstacle that came with the production of the film?

Movement was always crucial with the animals, especially getting the balance of weight correct in the puppets so they would react to gravity and the puppeteers the way we wanted.  But the most challenging was creating the illusion of life in the coral world we wanted to show. When we were looking at ocean reference there are just so many fine details especially in the flow of the coral. 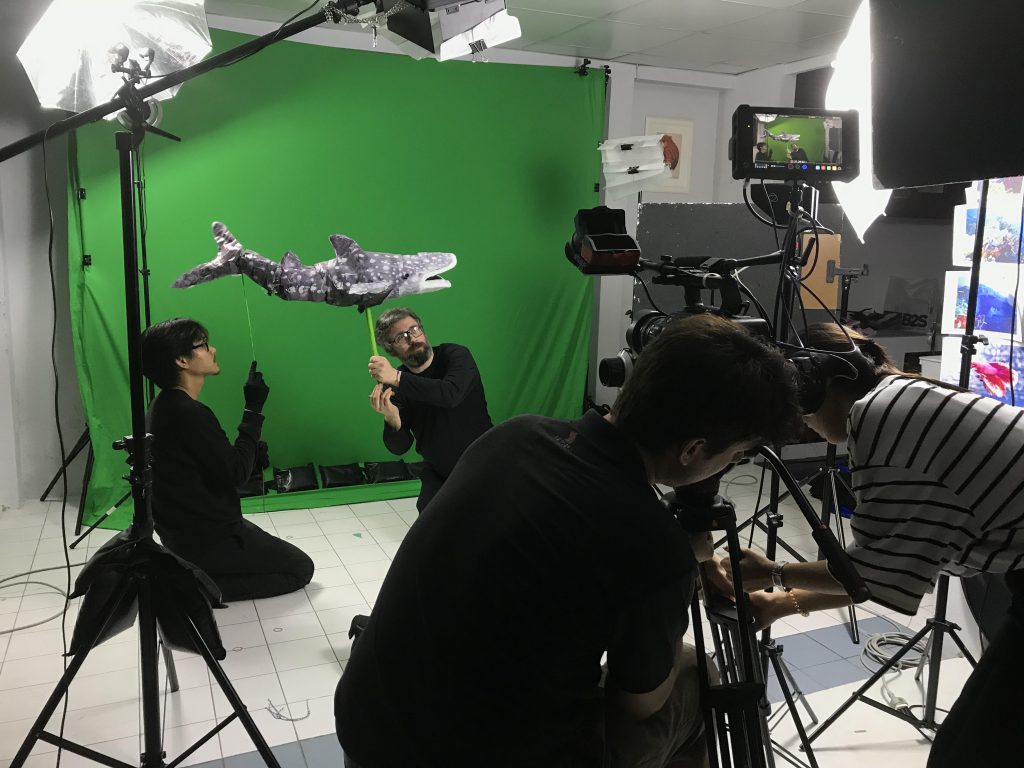 We didn’t have the facilities to film this underwater so from early on our creative thinking was to shoot elements of the film upside down.  Using gravity and hand fans to form the illusion of ocean current.  The footage was then to be flipped to appear upright. 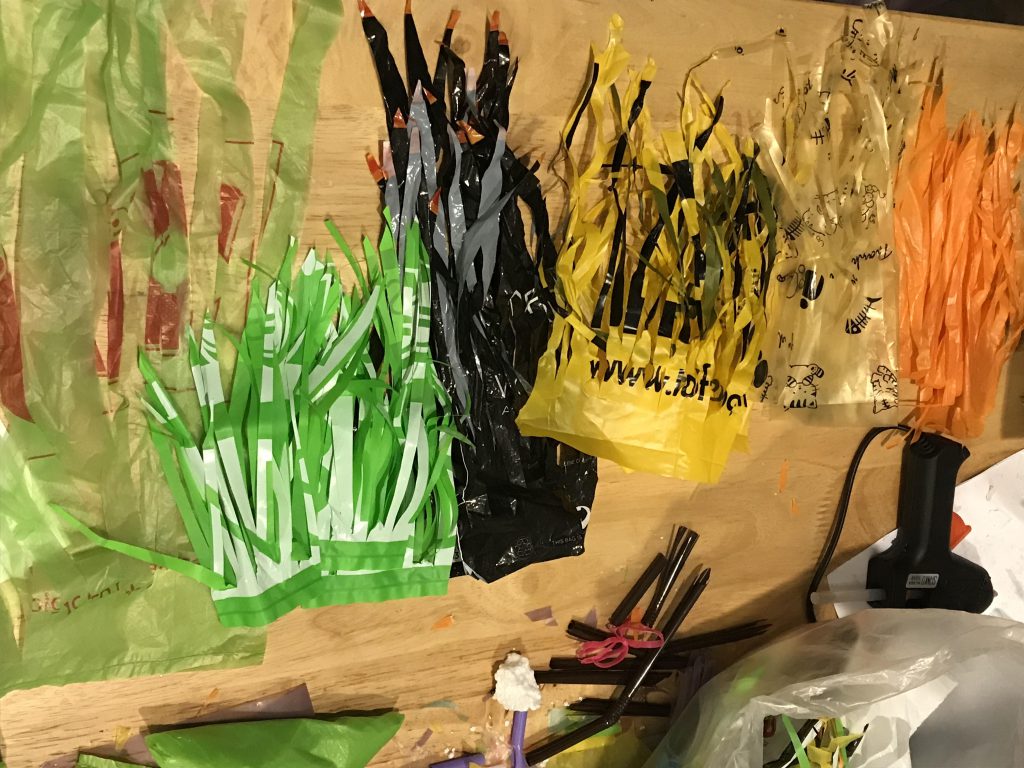 The project took two and a half months to create, beginning with a storyboard. 6 weeks to create and collect, then the remainder to film and do post-production.

Are there any hidden messages or symbolism used within the video that the viewer might miss?

The pearl that appears at the end of the film signifies hope. This type of pearl oyster can only grow in clean waters and although its a subtle end to the film, we felt we wanted to end on a high point after we have entered into the whales body.

What types of work does Nice Monster typically produce? Was this particular video in line with your style or was it out of the box?

Our background was primarily in animation and advertising, but a few years back it was Wonderfruit that helped us start our puppet journey. We started out creating a post-festival thank you film back in 2015 and since then we always jump at the chance to work in this medium. Puppetry is such a beautiful art form, we absolutely love it, it’s quite unique here in Bangkok so we are proud to hold the flag and keep evolving in this creatively.

Most projects we do push us out of the box, it’s what keeps us inspired.