If you go down to Bangkok’s Old Town today, you’re sure of a big surprise.

But it won’t quite feel like a nursery rhyme.

The mesmerizing, transformative soundscapes created as part of Musicity x Bangkok (x Wonderfruit) have returned from their onstage outing to The Fields, and found their way back to the spaces for which they were composed.

Sound artists and producers from Erased Tapes were introduced to iconic Bangkok landmarks in December, joined by local Thai musicians, and tasked with creating original compositions based on sounds captured at each space. Over two weeks, locals and internationals alike reconstructed the sonic landscape of the city, then debuted their work to an adoring crowd of Wonderers live at Wonderfruit.

How To Experience Musicity x Bangkok 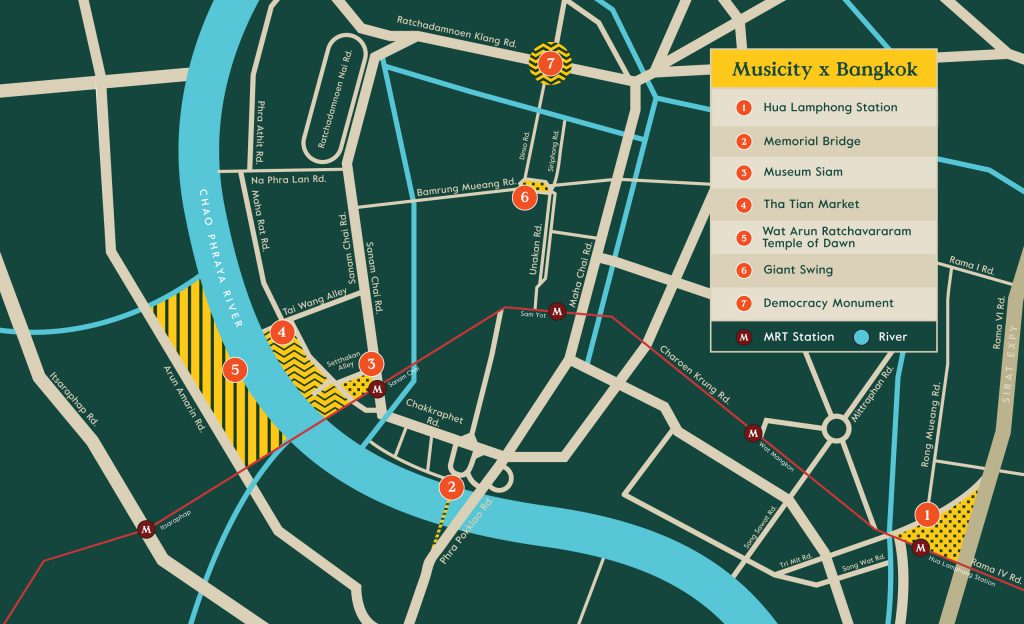 Hail a tuk tuk, hop on a bike, or don your walking shoes for a tour of the old town with an extra dimension.

The only way to unlock the music is to visit the sites. Pack a pair of headphones and make your way to each of the spaces, open the Musicity website, and enjoy the way each artist heard the location.

Once you’ve visited each geotagged location, you can download the tracks or stream them online as often as you like. Trust us, it will be often.